Artist Robert Ball created his last for series finale “The Iron Throne.” Below he describes the inspiration for the image.

“The idea is the Iron Throne is sat on a kingdom of rubble, and that rubble is a mixture of swords, representing all the bloodshed it took to get here, plus a visual journey of Daenerys' progression through all 8 seasons — if you follow the blood trail it will take you past certain important objects like Sons of Harpy masks, Dothraki camp, Viserys' 'crown', broken chains and so on. The color scheme is very simple, but there’s a lot going on if you scrutinize the image.”

He continued, “The throne itself is disappearing into flames and smoke, with one blade — Jon Snow's — turned the other way to plunge into Daenerys' heart. I also wanted to suggest the Three-Eyed Raven in the smoke, suggesting Bran’s destiny all along.

“Ultimately, it's Dany's death, but really the image is about how power corrupts all. It’s meant to be an encapsulation of the whole series.” 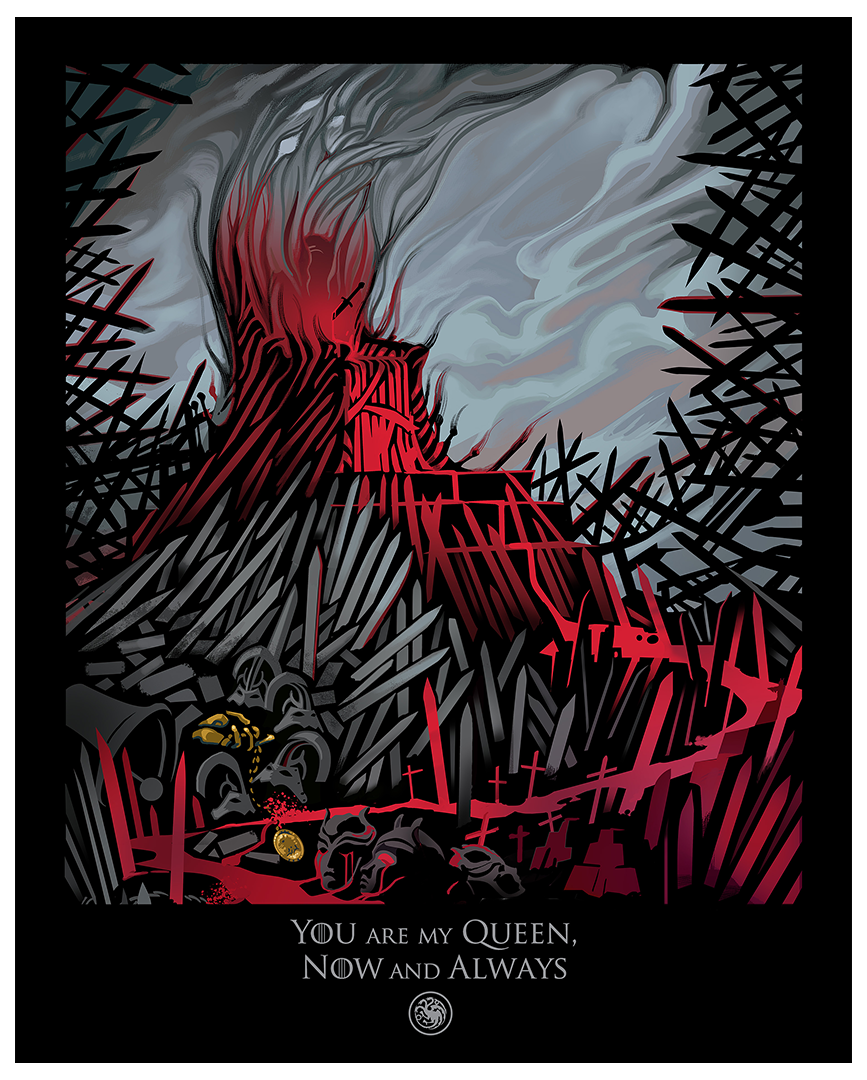 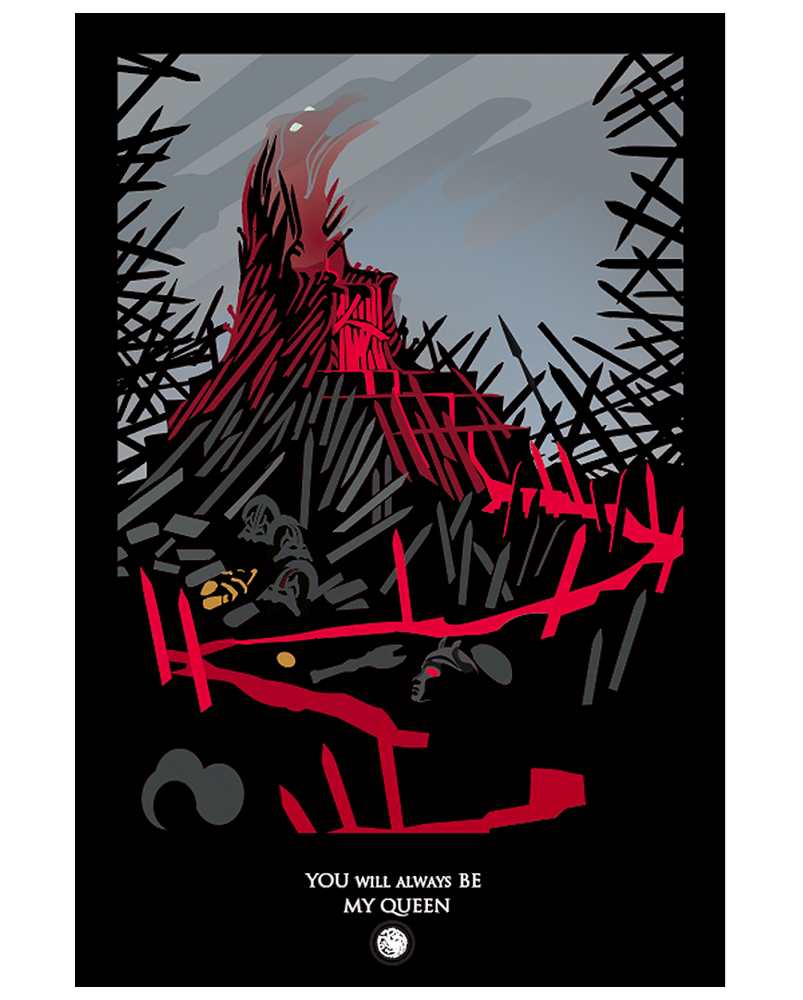 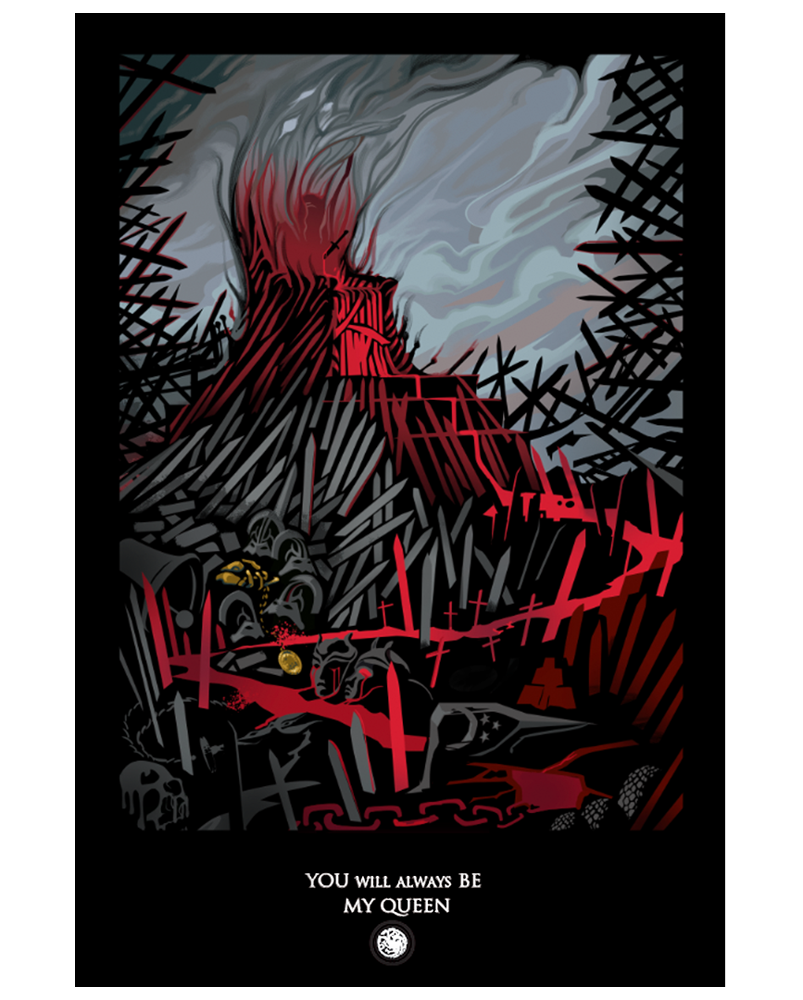 Watch a video about Ball’s creation of the last image below:

See More From “The Iron Throne”:

Making Game of Thrones is the official HBO destination for a behind-the-scenes look at the series.

Find interviews with the cast and crew, event coverage, exclusive images and other superfan essentials.